Would Use This Company Again

“We had been smelling a musty smell in our upstairs bathroom, which I was trying to trace. One day water began pouring down from the ceiling of our downstairs bathroom. We called a plumber, who fixed the leak, and he recommended 24/7 as a company to restore the damage to the walls. The company came and installed large dehumidifiers in both bathrooms, and we needed to leave the house for several days and board our cats, as the bathrooms weren’t accessible and the machines caused the house to heat up. I really resisted doing this, but Kelly was very good at giving reasonable explanations for the process. They also ordered a post-test to make sure the bacteria was completely gone. They finished in as timely a manner as the process would allow. I was impressed with the professionalism and knowledge of both men involved and would use this company again.”

Check Us Out On Yelp Here!

Accepting Checks and All Major Credit/Debit Cards! We Can Also Bill Your Insurance Directly! 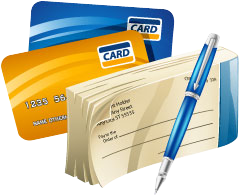